Edition 3 of my weekly entries.

Moving into house, pondering about FareShare, bit of code stuff, buying a bike…

It worked! We moved into a large house in the posh and leafy Pollockshields neighbourhood. The owner just bought it and will mostly be in London. Leaving us rattling around.

It had literally nothing in it when we arrived other than what had been left by the previous owners (an older couple, presumably had been a family home). I found it a slightly sad feeling all the missing life and memories from the previous owners. It’s a blank canvas for the next owner. I think partly it reminded me a bit of the house I grew up in (large Edwardian/Victorian house with bay windows, skirting boards, picture rails, edge bits in the ceilings, sash windows, big rooms).

The owner ordered some of the essentials to arrive the next day (nice fancy mattress/bedding stuff, a pot, a pan, some cutlery all from John Lewis). By now (4 days in) we have quite a few things here now, and can actually cook a proper meal in the kitchen. 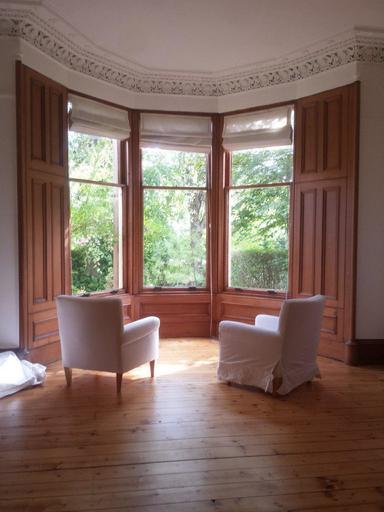 Went to WTF is Neoliberalism

This session the topic was health. It was led by two student doctors who talked about all the various ways in which neoliberalism might impact on health. A few takeaways:

Stayed with nice people on Trustroots

The guy works at Locavore as a grower on a farm just outside Glasgow. I didn’t know about the shop before, it’s very cute. Lots of unpackaged stuff including beans, grains, spices, seeds, nuts, oils, household cleaning products (bring your own container, we’re raiding recyling bins to build up some), and if you are careful with your selection there are some pretty good prices on things (museli is cheaper than at the co-op).

It’s all organic. Most of the fresh stuff seems to be is grown outside the UK (I guess this is the only way to get a range that consumers will accept), but there is quite a bit grown locally. Some of that seems a bit pricey though.

They have an almost flat pay structure close to the living wage. Part of me likes that, but part of it seems woefully underpaid if you’re trying to live a somewhat regular life. Nobody seems to be making a mega profit from this place though, it’s a CIC (Community Interest Company) and does various social benefit things (sounds vague…). Are the margins really that tight on this kind of business? Expensive products, low pay, noone making a big profit. What am I missing?

I have been aware of FareShare for a while, but this seemed a good event to get more of a peek into them, a few insights. There were a few presentations from charity groups who get food from FareShare. Mostly community cafe type projects feeding poor and hungry people.

The cause of the surplus food they focus on is: packaging errors, short date coding (not sure what that means exactly), seasonal stocks, deleted lines, retailer rejections, manufacturing mistakes, incorrect forecasting, damages. All things that happen before the food ever gets to the supermarket.

What I find interesting with that list is they all seem symptoms of our industrial/commercial food structures - they are not generally things that would cause individual people to throw away food.

According to estimates, they manage to redistribute just 3% of the of the 270,000 tonnes of food waste that could be eaten.

The food waste area that I’ve been more involved with (through foodsharing.de and karrot.world) is food that is reaching the end of it’s life in the supermarket, either it’s a slightly degraded state, or past a state where anyone wants to accept legal responsiblity for it’s consumption.

They are launching a new initiative calling FareShare Go that is going for this other type of food waste from the supermarkets directly (currently community groups and charities signed up get a SMS message, they are moving to an app system working with food.cloud on the technical side). It seems an earlier version rolled out in 2015, so maybe this is just Glasgow getting it now.

I have very mixed feelings here. It’s undoubtably great that the food is not being wasted and people who would otherwise be hungry are not. On the other hand I really enjoy how foodsharing.de has managed to organise itself with a much smaller focus on hierarchy and keeping a grassroots feel. I believe the ability for a community to organise itself is super important and it’s the type of area I would love to see communities self-organise around using democractic and co-operative structures.

I don’t know if my critque is very valid though. Seems a bit theoretical, compared to the practical things I see being done. Hmmm. More thought needed. 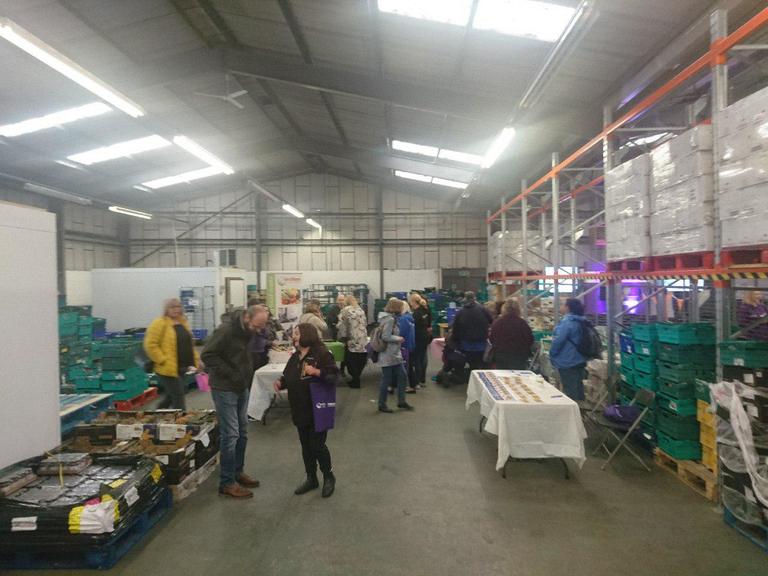 The FareShare depot in Glasgow 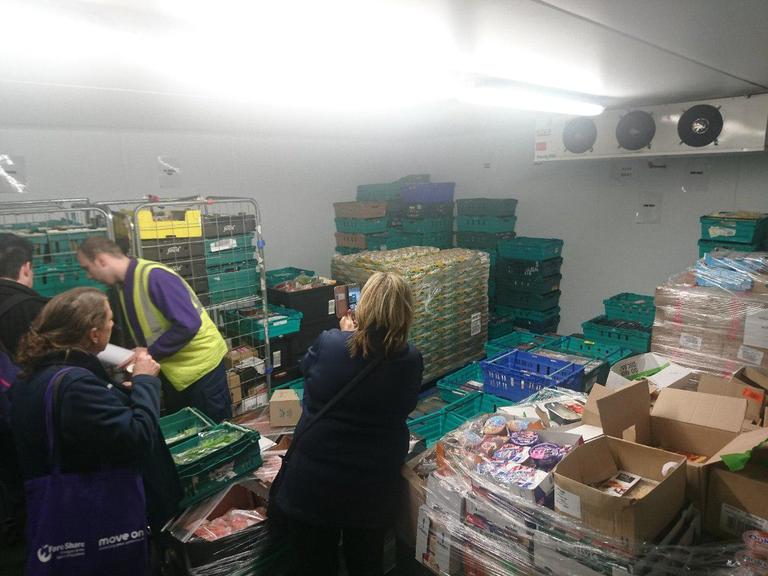 I’ve been having great fun learning how to write android apps and making good progress:

Here’s the work in progress… 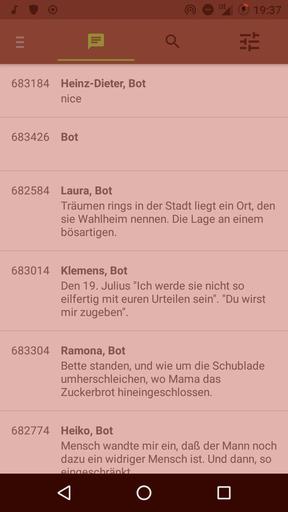 Usually Janina does this, but as she’s away I thought I should step up. She appreciated it:

Thank you so much everyone, especially @nicksellen! It felt really good to see a heartbeat being published without any contribution from me or Tilmann!

The karot group now has 6 members and some pickup signups. I think it’s still not quite official but getting there.

I couldn’t do my pickup last week as it turned out Tesco had not confirmed the slot yet. They had it before the summer, but because universities have long breaks it went to another org. One of the downsides of the university as the main co-ordination structure :/

I chatted more with @wu-lee and @protean (the most active people there) about the social.coop hosting should work. Discussing topics like which OS to use (Ubuntu 18.04), whether to use docker or not (docker), whether to use ansible (not yet due to time pressure), how to store things in git repos, and what the different mounts are for. I didn’t do much except blahblahblah yet.

Got my parents visited sorted

My parents visit next week, so I will probably leave travelling sometime the week after that.

I had been using nextbike bikes up till now, but a few times I had troubles:

So, for these reasons I bought a bike from bike for good which is a great bike shop that take old/donated bikes, do them up, sell them again. They also train people how to maintain bikes, etc. General all round GoodPlace.

I spent a bit more (£220) than I had intended originally but have been loving riding my new big red bike!

What I wanted to do but did not

I didn’t progress with Public locations for food distribution for karrot.

I also didn’t progress with the UI aspect for persistent cookies, but I did make a merge request with the DI refactoring bits to break it up into 2 parts.

What I want to do next week

I think mostly progressing the foodsharing.de android app a bit more and the Public locations for food distribution task for karrot. Maybe helping a few people progress on foodsharing.de too.