I spent five days in Hebden Bridge staying with Nuclough Housing Co-op. I was interested to have a peek out how this kind of living works and keen to help out where I could. 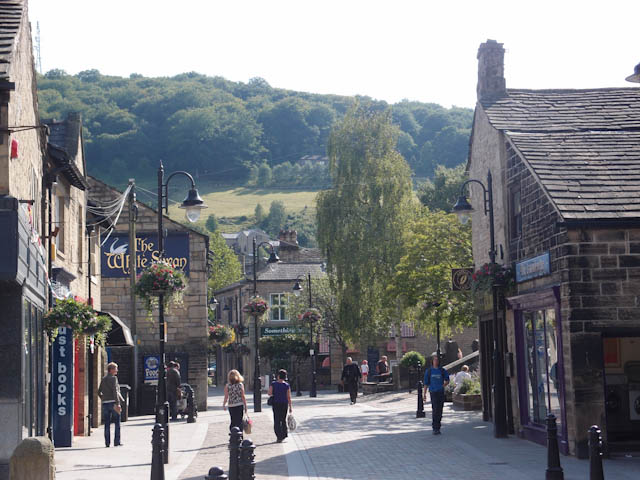 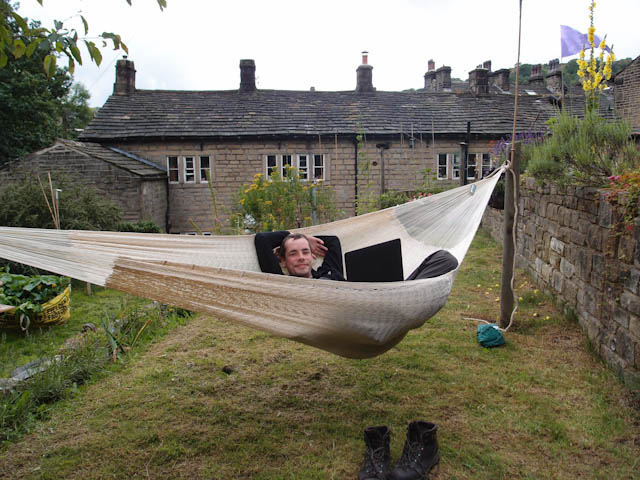 relaxing in the garden of Nutclough Housing Co-op

Hebden Brige used to be a mill town producing wool-based goods but was not doing so well by the 1960’s. In the 70’s and 80’s it was populated by a mix of artists, bohemians, new agers, “green” people etc. It is very noticeable riding in along the canal: a tipi next to a canal boat community, a small set of craft/community shops by the canal, and lots of gardens full of flowers/clothes drying/bikes. More recently wealthier people have moved in who would likely be commuting to a city nearby for work (Manchester and Leeds are within reach). 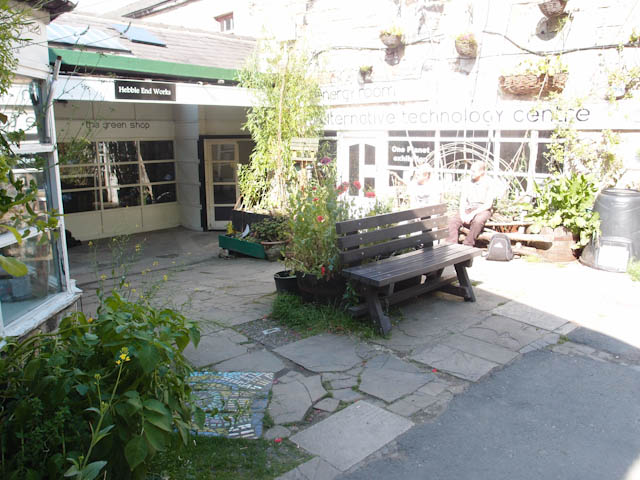 Alternative Technology Centre in Hebden Bridge alongside the Rochdale canal

Nutclough Housing Co-op (slightly old website) has been in existence for about 9 years and they collectively own the property which is an old pub. About 9 people live there and there is a large kitchen/communal space, a very nicely done workshop space, and a large garden with lots of stuff growing in it.

Everybody I met was warm and interested – the lifestyle is kind of what I’ve wanted from shared housed before, respect and a sense that people are living together out of choice; not just a stop-gap method of living until the mortgage and family come calling as many shared houses feel like to me. Their willingness to invite a complete stranger into the house is lovely! 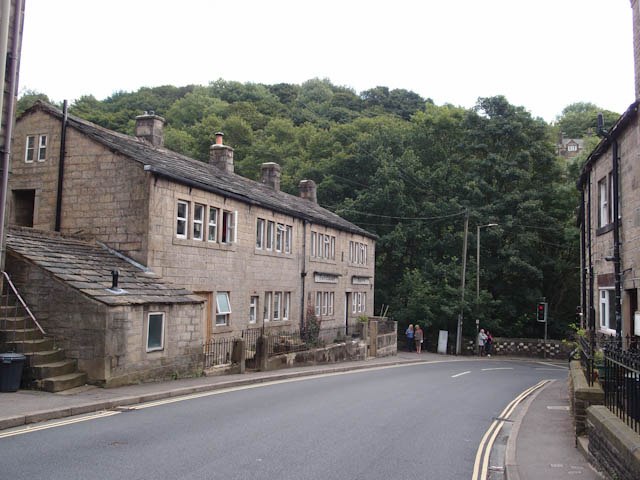 the building from the front 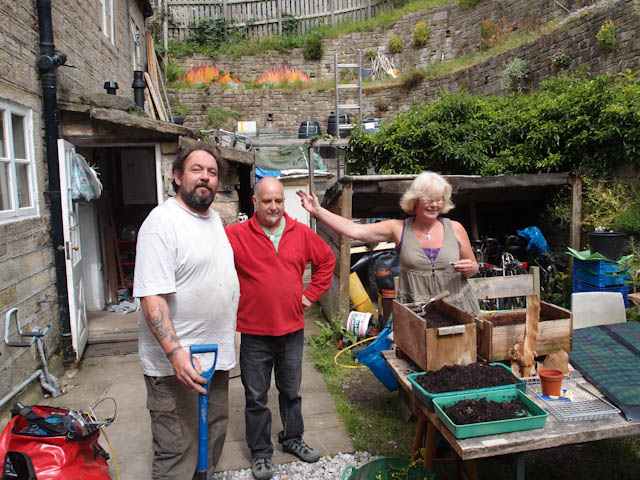 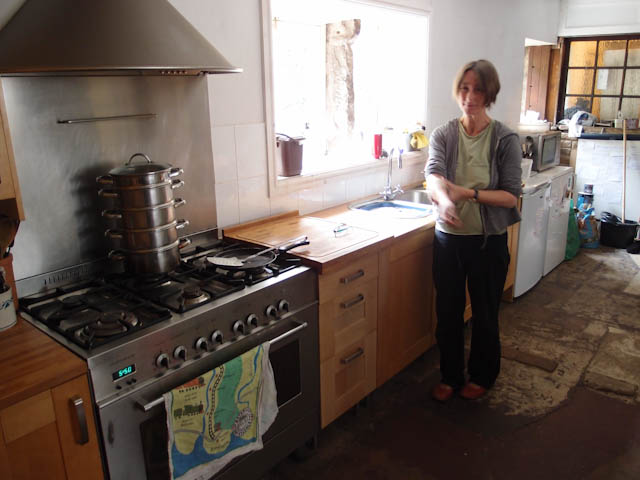 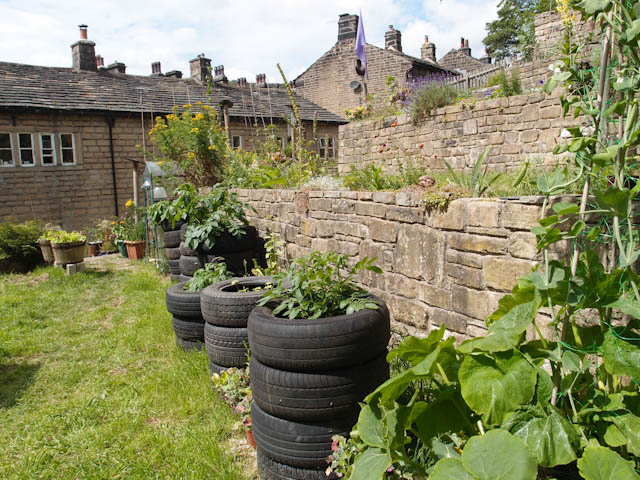 stuff growing in the Nutclough garden 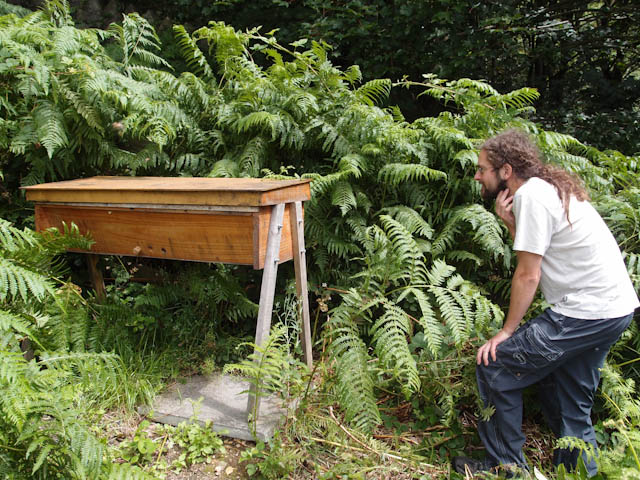 Keith and his bees 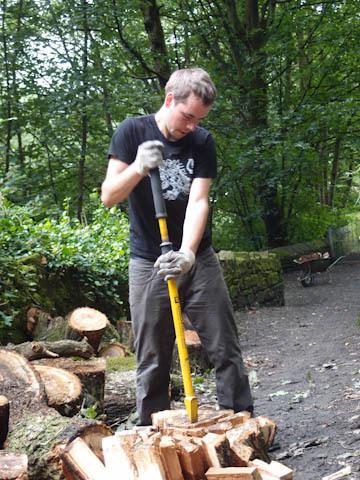 I helped out however I could, including splitting some wood (to be used winter 2012)

The transition town movement is trying to get towns to do various things to help out with the negative affects of climate change whilst also building better communities. Hebden Bridge is one such town and they held an event in the town where any related projects could showcase what they’re doing.

There was an impressive range of projects going on in the area – some woodland management, local veg delivery, computer shop, and lots of others. I did wonder how much of the local economy is actually usefully employed doing such things – one person estimated about 70% of the population commute elsewhere for more regular work. Hebden Bridge has a thriving local economy compared to many places (almost no nationally owned shops are evident) – it shows how dependent we are on big city style lives and economies that even somewhere like this most of the people have to go elsewhere for work (based on my highly insubstantial evidence of one local persons musings). 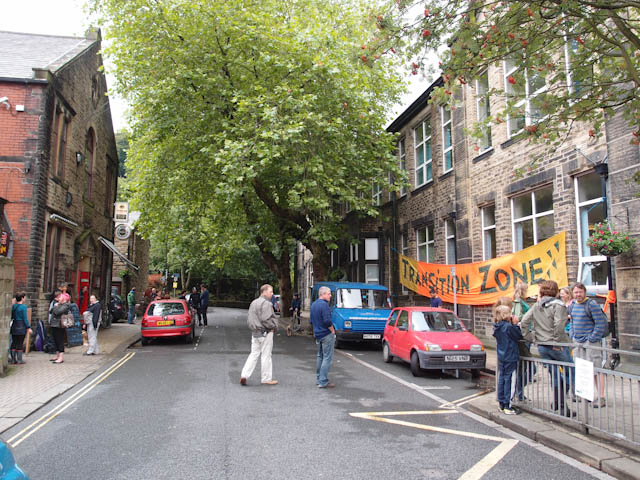 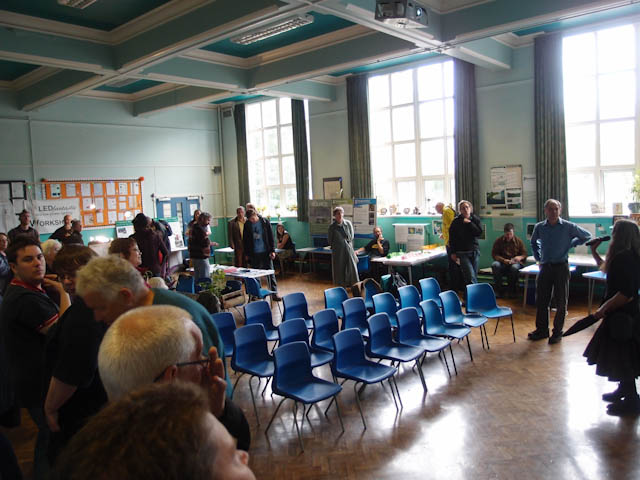 I could imagine myself living there (it has quite a few similarities with my home town Bath) and I appreciated the warmth and community spirit of the people I met. Although right now I feel strangely drawn to the more desolate end of things.